Posted by: Team | NewsPatrolling March 6, 2017 in India Comments Off on Asia Property Awards 2017 programme revamped to include 14 markets

Big changes are coming to the PropertyGuru Asia Property Awards series, which is expanding in 2017 to include categories for exciting markets such as Mongolia, Laos, Sri Lanka, India and the Maldives. 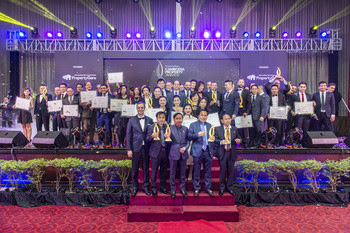 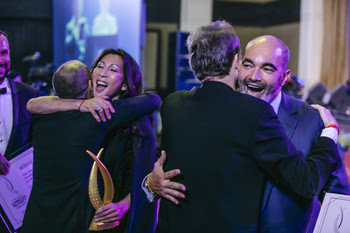 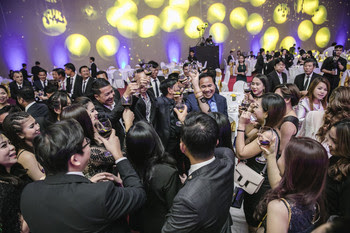 PropertyGuru Asia Property Awards gala dinner: an evening of celebration, dining and networking with up to 600 C-level industry executives

The prestigious annual ceremony in Singapore, which will now also feature China, Hong Kong and Macau categories, will be held over two nights at the Sands Expo and Convention Centre at Marina Bay Sands on 7-8 November 2017.

“It has been an exciting journey for the Asia Property Awards after joining PropertyGuru last year,” said Terry Blackburn, founder and managing director of the Awards. “Our expanded awards scheme is a tribute to the strength of the Asian real estate industry. Fair judgement and transparency of process are at the heart of the Awards and we’re delighted to introduce the awards system to Asia’s rapidly growing property markets.”

He added: “For more than a decade we’ve had incredible support from various developers, who have been instrumental in the growth of the property sector. As we explore new countries for the platform, we will ensure that the PropertyGuru Asia Property Awards truly is the region’s benchmark for the finest real estate developers, developments and design in the region.”

The 12-year-old programme, which was first launched in 2005 by Ensign Media in Thailand, also holds annual black-tie gala dinner events in Cambodia, the Philippines, Vietnam, Myanmar, Malaysia and Indonesia, playing host to up to 600 C-level executives, senior industry figures and VIPs at each event.

Country winners from the aforementioned 14 markets advance to the seventh annual PropertyGuru Asia Property Awards grand final in Singapore on 7-8 November to compete for regional titles and be crowned the “best in Asia” in 2017.

“The recognition of Sime Darby Property as the Best Developer in South East Asia by such esteemed industry experts is further testament of our commitment as a trusted developer. We were very honoured to receive the award and our heartfelt appreciation goes to the organiser,” Dato’ Ir Jauhari Hamidi, managing director at Sime Darby Property, said in a press statement last November.

The PropertyGuru Asia Property Awards has an unparalleled reputation within the Asian real estate industry for being credible, fair and transparent, with an independent judging body, which comprises luminaries representing all real estate sectors, and a trusted awards supervisor in every market.

Following the format of the country awards, categories are divided into three sections: Developer, Development, and Design. All eligible nominations are rigorously and fairly judged by the panels of experts, based on the most detailed and fairest criteria:

New regional categories to join the 2017 Awards include Best Mixed Use Development (Asia). While the award was presented in select country ceremonies last year (Singapore, Malaysia, China, Hong Kong/Macau), it will be the first time that a regional winner will be named.

Another new category is Best Universal Design Development (Asia), which is open to residential and commercial developments across the region that will be shortlisted in any category at the country awards. The project must be built environment that can be accessed, understood and used to the greatest extent possible by all people regardless of their age, size, ability or disability.

Overall, there will be seven Design, eight Development and two Developer categories at the grand finale ceremony.

Hari V. Krishnan, CEO of PropertyGuru Group, said: “Because of the Asia Property Awards, consumers are empowered to make confident property decisions, whether they’re first-time buyers, expat renters or serial investors. Property knowledge is essential in our culture at PropertyGuru. We wish the country winners the best as they advance to compete at our grand final in Singapore.”

The two gala events will each begin with a two-hour international networking cocktail reception, followed by the opening remarks and speeches, four-course dinner, and the awards ceremony proper. The first night on 7 November focuses on Singapore categories, and the second night on 8 Novemberfeatures the new markets and the regional competition. Alongside the gala dinner, PropertyGuru’s C-suite conference — the two-day Singapore Real Estate Summit 2017 — will be held at the same venue in the daytime.