Posted by: Team | NewsPatrolling March 7, 2017 in Bollywood, Entertainment Comments Off on Check out the Rishi Kapoor’s style for giving an answer to his wrong trolls

As you read it before sometime that Rishi kapoor is loosing his endurance on Social media. Some people trolled his badly on twitter. Rishi kapoor sent a direct message to all who trolled him badly. 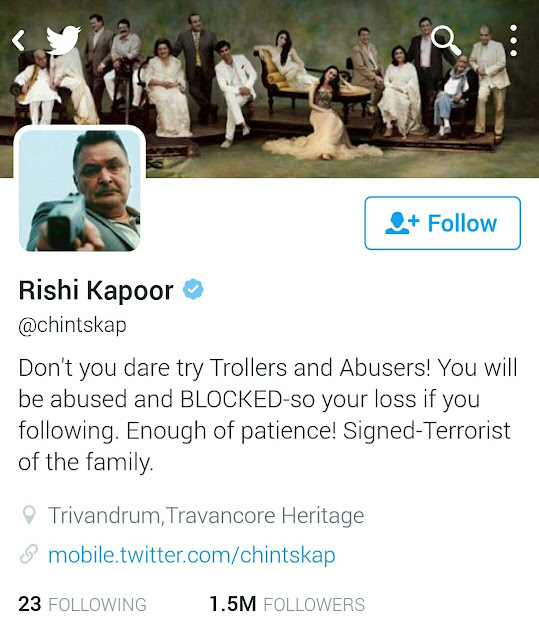 He wrote on his profile – “Don’t you dare try trollers and abusers! You will be abused and blocked – so your loss if you following. Enough of patience ! Signed – Terrorist of the family. 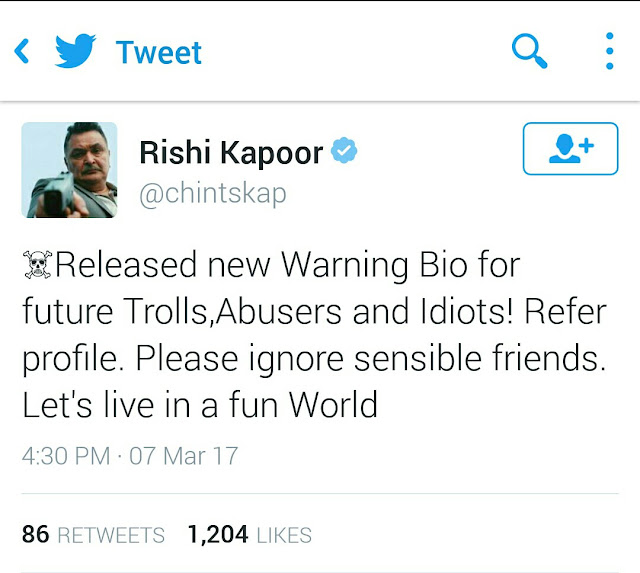 He has also updated his profile picture and also twitted like it – “Released new Warning Bio for future Trolls, Abusers and Idiots! Refer profile. Please ignore sensible friends. Let’s live in a fun World”.Well, some of the people are supporting him and some are criticizing for this.

Previous: Cut cut cut….cut and chop with Vivo
Next: Hey, the strongest and most b’ful creation of the earth…be