Posted by: Team | NewsPatrolling February 21, 2017 in Bollywood Comments Off on Rangoon is all set to hit the theaters with a big screening last night 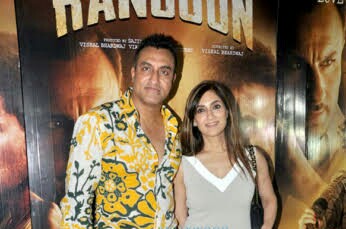 Birthday boy who celebrated his birthday two days back Sajid Nadiadwala, who is also Producer of the film was also hiting his presence with his beautiful wife Wardha Nadiadwala. 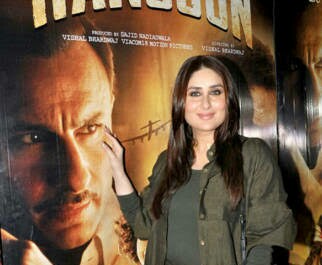 Everyone was there but the person who was getting all the attention of everyone was Nabaw’s Begam Kareena Kapoor Khan. She was looking stunning. Kareena was super excited at Rangoon’s Screening as Saif Ali Khan is playing lead role in the movie. We will see Saif, Shahid Kapoor and Kangana’s love triangle in the Rangoon first time. After a long time Saif Ali Khan coming back with Rangoon. Now this will be interesting to see that how it works for all of three from the career point of view. 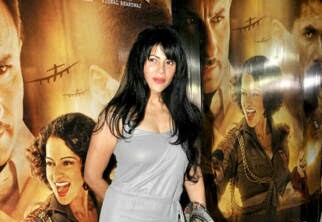 In a interview Kareena said that she is expecting “Rangoon” movie of the year. Ragoon is all set to hit the theaters at this coming Friday. So you can spend your weekend in ” Rangoon”.
Realease Date – 24 February 2017
Star Cast – Kangana Ranaut , Shahid Kapoor, Saif Ali Khan
2017-02-21
Team | NewsPatrolling
Share !